Theatre Square at first, at the beginning of the XIX century, was called Petrovskaya after the street Petrovka, which is near here. But after the construction of the Bolshoi Theatre it was renamed. From
1919 it was also referred to as Sverdlov Square, there even was a monument of Sverdlov, but in 1991 the monument was demolished and the area was renamed again.

By the way, a square itself appeared in the consequence of Neglinka spates, because there were not so many buildings around.

Theatre Square is a good name for the place because there are really a lot of theatres – Bolshoi and Maly theatres, as well as the Russian Academic Youth Theatre (RAMT).Now there are no cars, this is a square with a fountain - a favorite meeting place for WWII veterans on Victory Day.

I think it could be interesting to compare how the area looked in the past and what is there now. Also, when you'll see it yourself you can find some differences. 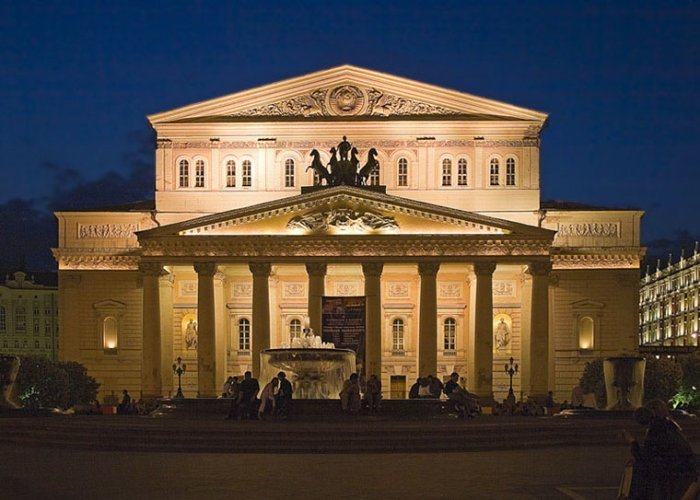 Revolution Square is located on the opposite side of the Teatralny drive. There is a monument to Karl Marx – once there had been Marks avenue. 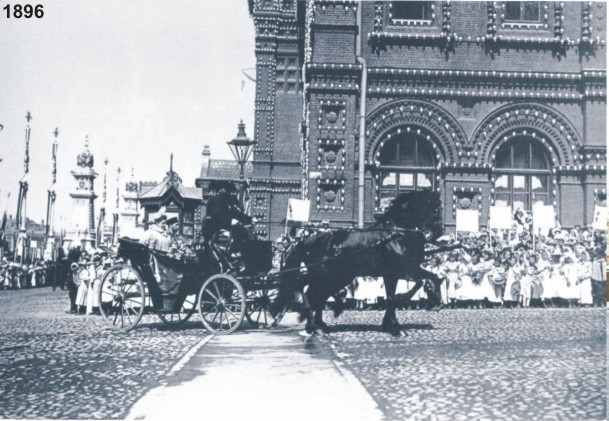 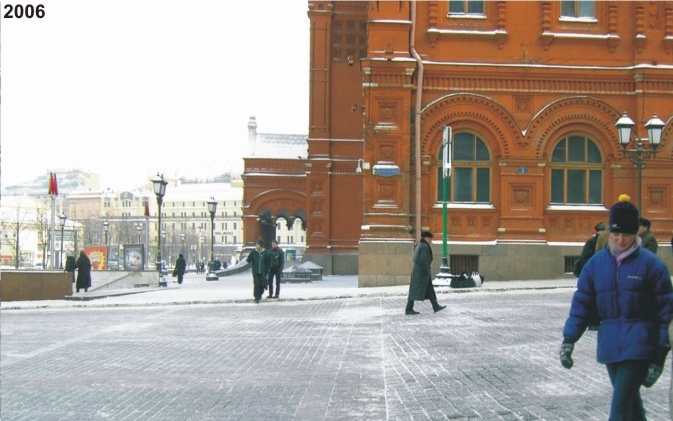 And some more old pictures. Thanks for them to the web site Sovok.

Bolshoi and Theater Square in 1930'ies.