This place from the beginning of the XVIII century was called Tsaritsin meadow because here passed the coronation celebration of Catherine I, second wife of Peter the Great. This event is preserved in modern name Luzhkov Bridge (luzhok is Russian word for a little pretty meadow). The name Bolotnaya Square appeared after the Vodootvodny channel was dug from Moscow River. During floods the river coming out of the banks flooded the area. By 1940, the area became a park, it became known as Repin Square. In 1958 a monument to this famous artist was erected here. And in the post-Soviet times, the area returned the historic name.

Luzhkov Bridge is popular with just married couples. If you get married in Moscow, don't forget to put a padlock on one of the trees on this bridge ;) 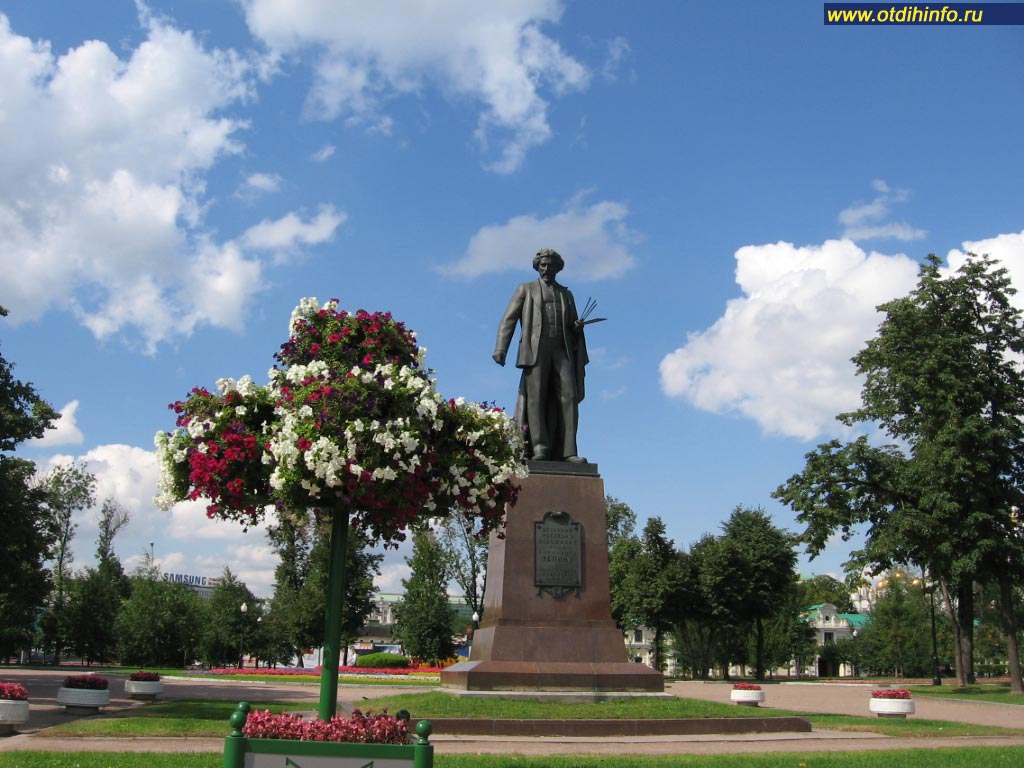 The monument to I. Y. Repin on Bolotnaya Square.