If you happen to go through the station "Perovo" you will see the ornaments near the stop of the second carriage, where the animals, which are described in Apocalypse of John the Evangelist. According to the legend, the designers were lacking time to finish decorating the station and the chief sculptor was ill. At that very moment someone brought sketches, which matched the project very well (the station is decorated with the mythological creatures - phoenix, griffins, etc.). And much later, after the station had started to work, someone drew the attention to these figures. Who was the one to bring the sketches is unknown until now. 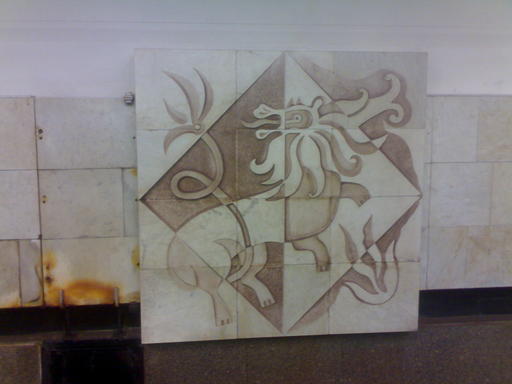