The name of this area occurred in the distant past, when fruits and vegetables were sold here  from the bast-fiber huts. Also there is another assumption that it is called so by the fact that settlers from Novgorod who started living here in the XV century named the place after the old street Lubyanitsy in Novgorod, later having found "Moscow" interpretation. Previously there was a fountain in this area. Inhabitants of the area took drinking water out of he fountain, and cabbies were watering their horses. The water in the fountain came from Mytischi conduit, part of it, incidentally, remained in the north of Moscow, near the Exhibition Centre - Rostokinskiy aqueduct. During another adjustment of Lubyanka Square, a fountain was moved to the current old building of the Presidium of RAS, then to Alexandria Palace in Neskuchnyi garden of Prince Trubetskoy. But Lubyanka Square is famous for another reason. The first thing that comes to mind - the building of the KGB (formerly NKVD, now the FSB) is on it. This complex of buildings is known, perhaps, no worse than the Kremlin itself. Also, there was a monument to Felix Dzerzhinsky. The author of this monument was a famous sculptor E.V. Vucetich. During the August coup, in 1991 the monument was thrown down from the pedestal and is now installed in the park "Museon" near the Central House of Artists. There is an assumption that the overthrow of the monument was provoked by the security services, in order to avoid casualties during the attack of the KGB. It is logical to assume that beneath the area there is something secret, for example, the extensive system of underground communications. 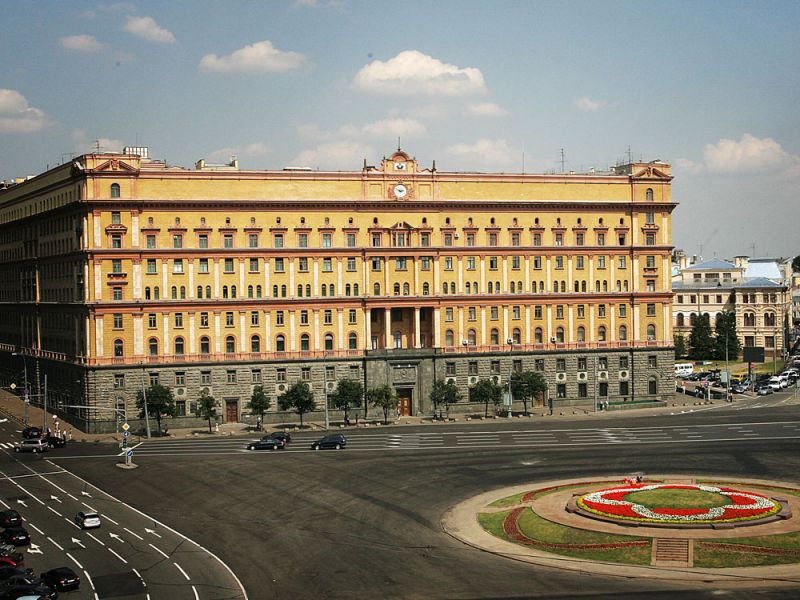 The Federal Security Service of the Russian Federation building.