In the XVI century Moiseevsky nunnery with a cemetery was situated here, but in the XVIII century it was demolished. After that, the shops from Okhotny Ryad, where poultry and game were traded, were moved here. After the demolition of the shops in 1798 a small Moiseevskaya Square appeared here (just in honor of the monastery). Modern Square was formed in 1937. Until 1990 the place was called the area of 50 years anniversary of October revolution, but today it is returned to the historical name - Manege. Name comes from the famous manege built for parades of mounted troops, which was built for the fifth anniversary of the victory in the Napoleonic Wars. Now it houses an exhibition hall. Until in the beginning of the XIX century when Neglinka River was removed into the tube, here and in place of the current Alexander Garden were the river banks. By the way, the name Trubnaya Square comes from this river in the tube, because this is where the river goes underground. In the XX century here was built an underground shopping mall Okhotny Ryad. During the excavations a white stone Voznesensky bridge across Neglinka, which dates back to XVI-XVIII centuries, was found. Part of these findings (in particular, the white stone bridge) can be seen at the Museum of Archaeology in Moscow, founded on the edge of the square under the ground, at the corner of the Hotel Moskva. 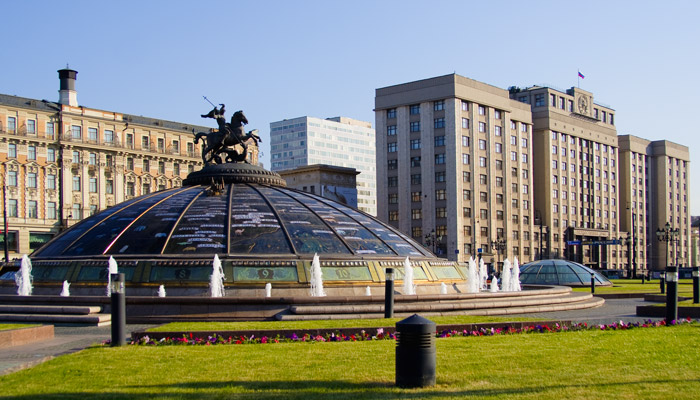 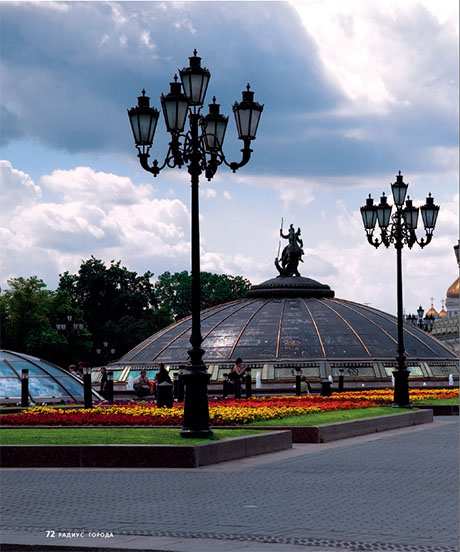 Also we managed to find some old pictures for you to see how the place used to look before ^_^.

In 1930-ies the place was completely different.