For centuries of its existence the Moscow Kremlin has been witness of many famous and tragic events of our history. Enemy guns rattled at its walls, celebrations and revolts took place. Now the Moscow Kremlin is one of the biggest museums of the world. State regalia of Russia, invaluable icons, treasures of Russian tsars are stored in the Kremlin chambers and cathedrals.

Spasskaya Tower is considered to be the most beautiful and most harmonious tower of the Kremlin. It was constructed by architect Pietro Antonio Solari in 1491. From time immemorial the Spasskaya gate was the main smart entrance to the Kremlin. It was especially esteemed among people and was considered to be sacred. It was forbidden to pass astride through the Spasskie gates. 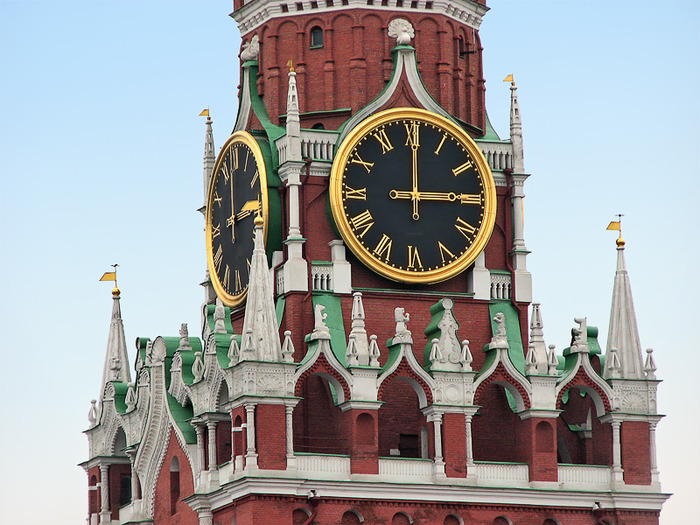 For more than 150 years a unique monument of Russian art moulding of XVIII century - a well-known Emperor Bell has been standing on the white -stone pedestal at the bottom of the Bell Tower of Ivan the Great. Large bells were cast in the Gun Court in Moscow in 16-17 th centuries, but they did not remain to these days. Sometimes they broke from time, from too strong impacts, but more often were damaged by fires. During a great fire in Moscow in 1701 the Bell fell down and broke into pieces.

The Tsar Cannon is the oldest and the largest cannon in the world. It was made in 1586 in the Gun Court in Moscow during the reign of Fyodor - a son of Ivan the Terrible. The appearance of such unique work was a natural result of the development of the oldest branch of Russian craft - foundry business, which was known in Russia from Xth century. The length of this huge gun makes 5 meters 34 centimeters. The external diameter of the barrel is 120 centimeters, diameter of the barrel pattern zone is 134 centimeters, caliber is 890 millimeters. 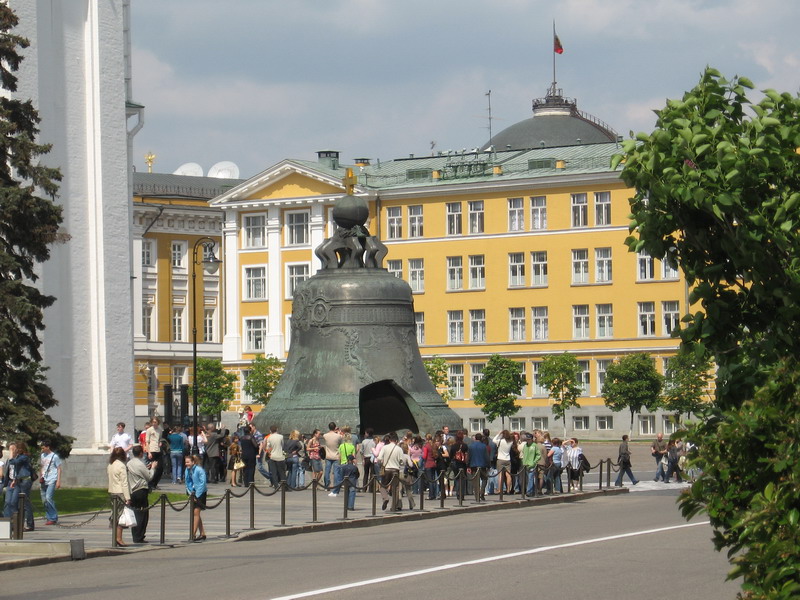 The Tsar Bell, a conpanion of the Tsar Canon)