Previously, it was the Oktyabrskaya Square, as well as the name of the metro station beneath it was due to October Revolution. And a statue of Lenin, established in 1983, is not for nothing. As in the past, now it is a favorite venue for demonstrations of the Communist Party supporters. In 1993 the area was returned to the historic name – Kaluzhskaya Square. Kaluzhskie Gates were here before the square appeared.  Until 1785 the Kaluzhsky Ostrog, a prison, was at this place too. The road to Kaluga began from here. This tract was heavily loop along the current Profsoyuznaya street, and near the place where now is Teply Stan was the first change of horses. The shape of this tract is still preserved in the pattern of modern streets- Malaya Kaluzhskaya and Starokaluzhskoe highway are on the very place of the tract.   Zemlyanoy Gorod, as we already know from the other pages of this site, is now replaced by the Garden Ring. Hence, it goes through the Kaluzhskaya Square too. Or rather under it . It is a complex engineering structure with a long tunnel, built in 1970. So that the square is hovering above the junction. 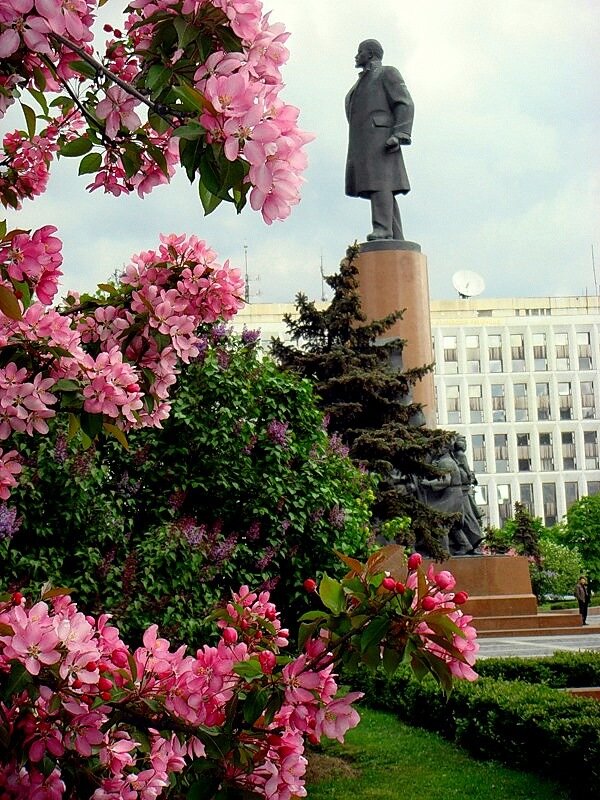 Guess who! There are several Lenin monuments in every Russian city, you'll definitely find one or two yourself)