This is the main square of Moscow and Russia! Usually, it is the first place to visit for all the tourists in the capital. Trade area in front of the main gate of the Kremlin's fortifications existed already in the second half of the XIV century. After the great fire of Moscow in 1493, Ivan III ordered to clear the 110 fathoms long (about 240 m) place near the walls of the Kremlin to serve as the barrier for future fires and as the additional fortifications. It was then that this area was defined as the square and as a free space. Shopping stalls appeared on this place. There were three Trade lines - upper, middle and bottom. The upper – Verkhnie Torgovie Ryady – was situated between Ilinka and Nikolskaya streets. The middle – Srednie Torgovie Ryady – between Ilinka and Varvarka. And the bottom – Nizhnie Torgovie Ryady – was to the South from Varvarka. Now perhaps it is only GUM there, which is still fulfilling its historic function.

At the beginning of XVI century, a moat was dug along the Kremlin walls. Its depth reached 12 meters and width was about 36 m. That is why the second name of St. Basil's Cathedral is the Cathedral of the Protection of Most Holy Theotokos on the Moat. The water in it came from that same River Neglinka, thus the Kremlin was protected by water circle - moat, the Moskva River and Neglinka. During a regular adjustment of adjacent territories in 1815 the moat was filled up.

Historians still argue whether death penalties were carried out on the square or not. Someone says that not - Lobnoye Mesto was used only for the reading out the royal orders, and to appeal to the people. Someone claims that wooden churches on the blood were built on the Red Square. Earlier, the Tsar Cannon was previously near the Lobnoye Mesto. In Soviet times, before 1930, there were trams at the Red Square. Then the line was dismantled. Then the area became a place for parade, which now is held only at Victory Day. Now there are organized concerts and public holidays, for example, the New Year celebration, and no one confuses of Lenin's mausoleum or cemetery in the Kremlin wall behind it.

The most important tower of the Kremlin nowadays, I guess. All the nation sees it every year in the New Year speech of the President. New Year comes only after 12 chimes of the clock on Spasskaya tower. Here you can see the Mausoleum and 3 more towers: Senatskaya, Nikolskaya and Arsenalnaya. 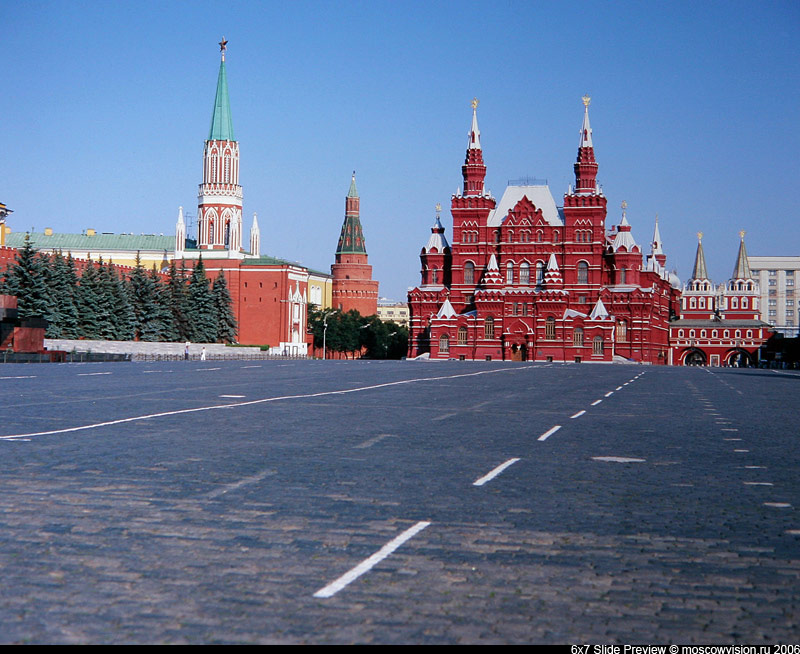 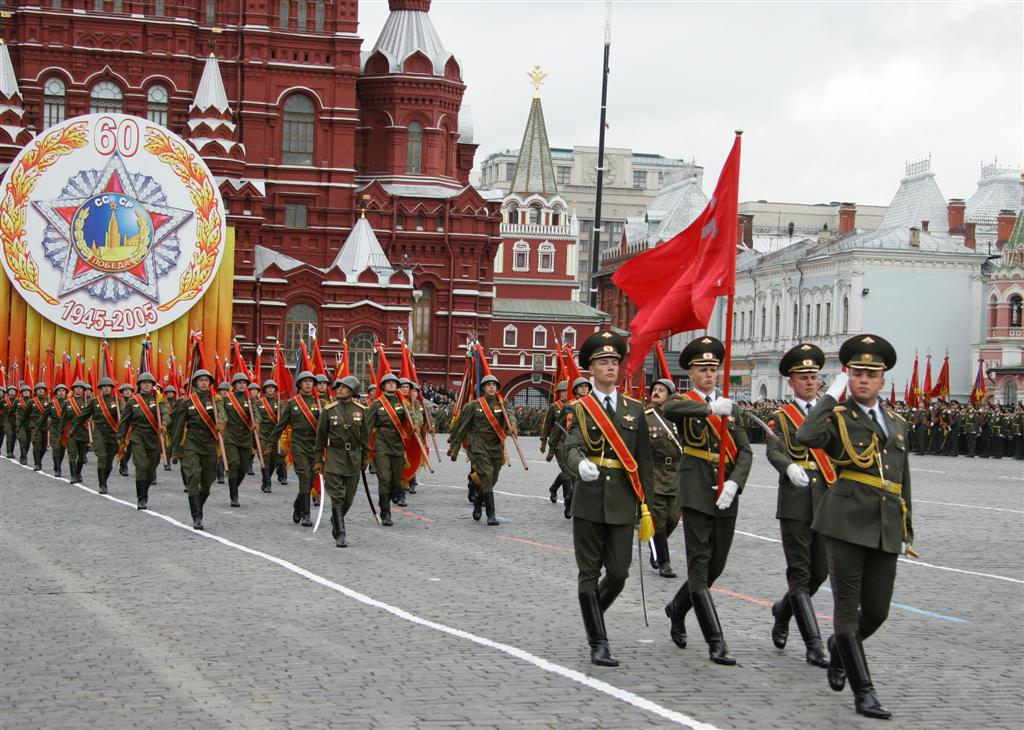 The Victory Parade in the skies above St. Basil's Cathedral. The Cathedral of the Dormition.