In XVI-XVII centuries it was called Ilyinsky cross. Initially, when the area became a square, it was called Karuninskaya - by the name of the merchant I.V. Karunin, whose brass factory was located here in the XVIII century. Since the end of the XIX century the place is known as Birzhevaya Square. It was named so because here, on Ilyinka street, the first Moscow Stock Exchange was opened. Its building was constructed in 1875.  From 1935 to 1992 the square was known as Kuibyshev Square (in memory of the Soviet leader V.V. Kuibyshev). In 1994 the name Birzhevaya was returned.

There is an assumption that the place for the exchange building was chosen not by chance. Ilinka street leads from the Spasskaya Tower. First of all, under the walls of the Kremlin there was a brisk trade. And secondly, since the XIV century this area was settled by merchants (natives of the Genoese colony Surozh in Crimea). That is, this determined the trading nature of Ilinka in general and Exchange Square in particular.

Even now the place partly justifies its name – there are situated both building of nthe Chamber of Commerce in Russia. By the way, it takes the building of this very merchant exchange house. Also there is a stone building overlooking the square, the Old Merchant Court, which was a wholesale trade center since the XVI century. It was constructed of brick in the 1590s and underwent significant modifications from 1638–41. After the two buildings were jointed during the various reconstructions it became bigger and obtained a large inner yard. Now it is known as Moscow Gostiny Dvor. 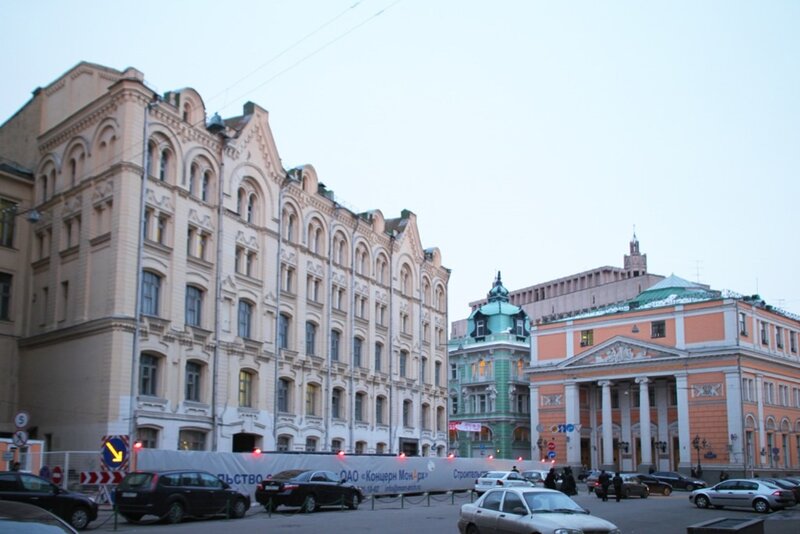